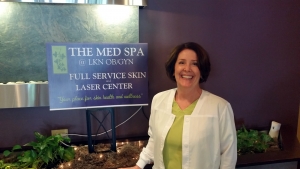 She moved to North Carolina in 1996 and worked in the cardiac cath lab as a registered radiologic technologist.

Linda Murray was born in Buffalo, New York.  She was one of six children and growing up always knew she wanted to help people.  In 1996 Linda started working at Frye Hospital in Hickory, NC in the cath lab as a technician.  After 12 years at the hospital she was approached about opening and running the Med Spa in 2005.  She viewed this as a new opportunity to help people feel and look good about themselves.  Ten years later Linda is still following her dream of helping people.

Linda has three daughters: Sierra, Chelsea(the favorite) and Madeline all grown and out of the house.  She spends her weekends with her husband Gregg and their two pot-bellied pigs Lola and Eliot.

Be sure to ask Linda about her Pigs, she always has a pig story! 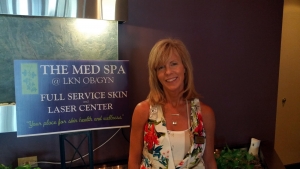 Having graduated from The University of Michigan with a Behavioral Science Degree, Ann went on to have a successful career in sales and performing at the top 2% of her work force, where she shined and educated clients from Michigan to Mooresville.

Ann is actively involved with her community and volunteer work, having helped create and manage a thrift store for Foster Children as well as  being a faith formation leader.

When Ann is not at home being a Wife and mother of three and chigichew. She is part of a well respected and growing team here at The Med Spa, sharing her talents and knowledge and making each client feel as though they are the only one in the world.

Be sure to ask Ann about how she loves to work out! 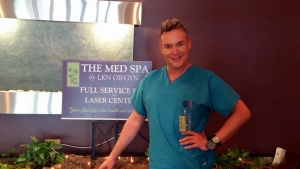 Having grown up in television and theater since around the age of 7 , Darren moved from California to North Carolina, for more of a peaceful, “Normal” life. Having been in Hollywood, other than acting and television, Darren also had a passion for makeup,which lead him to the AVEDA Institute.

With 12 years experience in the industry, Darren is licensed in Aesthetics, Cosmetology and Aesthetics Instructor. Along With these abundant skills, Darren, has joined forces with Linda and Ann, to make a strong, viable team that surpasses any other.